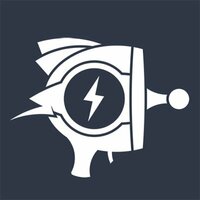 Honeybadger vs Raygun: What are the differences?

Developers describe Honeybadger as "Honeybadger is the modern error management service for rails". Honeybadger does more than report errors, it helps you work with your team to fix them. Errors can be assigned. You can comment via email. And a fine-grained permissions system means you control who has access to each specific project. On the other hand, Raygun is detailed as "Use Raygun to track, manage, and report your software errors". Raygun gives you a window into how users are really experiencing your software applications. Detect, diagnose and resolve issues that are affecting end users with greater speed and accuracy.

Honeybadger and Raygun can be primarily classified as "Exception Monitoring" tools.

Some of the features offered by Honeybadger are:

On the other hand, Raygun provides the following key features:

"Rails integration" is the top reason why over 7 developers like Honeybadger, while over 29 developers mention "Easy setup and brilliant features" as the leading cause for choosing Raygun.

Sellsuki, Olo, and GoFormz are some of the popular companies that use Raygun, whereas Honeybadger is used by ebay, Heroku, and Teespring. Raygun has a broader approval, being mentioned in 44 company stacks & 6 developers stacks; compared to Honeybadger, which is listed in 34 company stacks and 12 developer stacks.

Honeybadger does more than report errors, it helps you work with your team to fix them. Errors can be assigned. You can comment via email. And a fine-grained permissions system means you control who has access to each specific project.

Raygun gives you a window into how users are really experiencing your software applications. Detect, diagnose and resolve issues that are affecting end users with greater speed and accuracy.

Why do developers choose Honeybadger?

Why do developers choose Raygun?

What are the cons of using Honeybadger?

What are the cons of using Raygun?

What companies use Honeybadger?

What companies use Raygun?

What tools integrate with Honeybadger?

What tools integrate with Raygun?

What are some alternatives to Honeybadger and Raygun?
Airbrake
Airbrake collects errors for your applications in all major languages and frameworks. We alert you to new errors and give you critical context, trends and details needed to find and fix errors fast.
Sentry
Sentry is an open-source platform for workflow productivity, aggregating errors from across the stack in real time. 500K developers use Sentry to get the code-level context they need to resolve issues at every stage of the app lifecycle.
TrackJS
Production error monitoring and reporting for web applications. TrackJS provides deep insights into real user errors. See the user, network, and application events that tell the story of an error so you can actually fix them.
Rollbar
Rollbar helps development teams find and fix errors faster. Quickly pinpoint what’s broken and why. View exceptions from all of your languages, frameworks, platforms & environments in one place. Get context & insights to defeat all errors.
Bugsnag
Bugsnag captures errors from your web, mobile and back-end applications, providing instant visibility into user impact. Diagnostic data and tools are included to help your team prioritize, debug and fix exceptions fast.
See all alternatives
Decisions about Honeybadger and Raygun
No stack decisions found
Related Comparisons

As a front-end developer, I've always been on the look-out for decent error-tracking. Most of the time, front-end takes a back seat to app development, so it was refreshing to see a product that let's you track JavaScript and PHP errors.

I've used Raygun to track errors in HTML5 apps and WordPress themes. The integration was smooth and I was set up in minutes.

My only qualm at first was that I was going to get spammed to the eye-balls with errors (especially with some of the unhandled errors in WordPress plugins!). Thankfully, Raygun gives you fine control over notifications and conveniently groups all the bugs being reported.

Since setting it up, it has saved me a lot of time and headaches, and I rate it very highly. I've never had to use the support, as I've never had any trouble with it, but I'll assume it's Great!

Honeybadger was easy to set up. I had a question about my account and customer support was very responsive.

Raygun saves us so much time we're hooked for life. Great support too.

How developers use Honeybadger and Raygun

we used raygun at talenthouse to track errors within our codebase. fairly decent tool, simple ui. even helped the raygun team track down a few issues as we were using their scala integration library.