Perl vs PowerShell: What are the differences?

Perl can be classified as a tool in the "Languages" category, while PowerShell is grouped under "Shells".

Perl is an open source tool with 436 GitHub stars and 152 GitHub forks. Here's a link to Perl's open source repository on GitHub.

MIT, DuckDuckGo, and Tilt are some of the popular companies that use Perl, whereas PowerShell is used by Rev.io, Nexosis, and Navitaire. Perl has a broader approval, being mentioned in 133 company stacks & 64 developers stacks; compared to PowerShell, which is listed in 12 company stacks and 73 developer stacks.

Cons of Perl
Cons of PowerShell 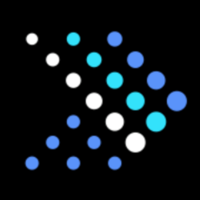 What companies use PowerShell?

See which teams inside your own company are using Perl or PowerShell.
Sign up for Private StackShareLearn More

What tools integrate with PowerShell?

How Tilt Is Building The Fastest Growing Crowdfunding Platform
Jul 24 2015 at 5:58AM

+27
13
5396
What are some alternatives to Perl and PowerShell?
PHP
Fast, flexible and pragmatic, PHP powers everything from your blog to the most popular websites in the world.
Ruby
Ruby is a language of careful balance. Its creator, Yukihiro “Matz” Matsumoto, blended parts of his favorite languages (Perl, Smalltalk, Eiffel, Ada, and Lisp) to form a new language that balanced functional programming with imperative programming.
C lang
Java
Java is a programming language and computing platform first released by Sun Microsystems in 1995. There are lots of applications and websites that will not work unless you have Java installed, and more are created every day. Java is fast, secure, and reliable. From laptops to datacenters, game consoles to scientific supercomputers, cell phones to the Internet, Java is everywhere!
Python
Python is a general purpose programming language created by Guido Van Rossum. Python is most praised for its elegant syntax and readable code, if you are just beginning your programming career python suits you best.
See all alternatives
See all the technologies you’re using across your company.
Sign up for Private StackShareLearn More