Heads up! You are comparing apples to oranges. Here is a related, more direct comparison: Redmine vs Collabtive
HomeDevOpsBuild, Test, DeployCode Review 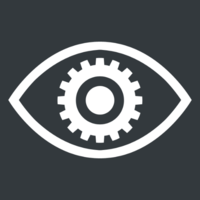 Phabricator vs Redmine: What are the differences?

Some of the features offered by Phabricator are:

On the other hand, Redmine provides the following key features:

"Open Source" is the primary reason why developers consider Phabricator over the competitors, whereas "Open source" was stated as the key factor in picking Redmine.

Weebly, WebbyLab, and Coach United are some of the popular companies that use Redmine, whereas Phabricator is used by Facebook, Dropbox, and Coursera. Redmine has a broader approval, being mentioned in 72 company stacks & 34 developers stacks; compared to Phabricator, which is listed in 52 company stacks and 12 developer stacks.

Redmine is a flexible project management web application. Written using the Ruby on Rails framework, it is cross-platform and cross-database.

Why do developers choose Phabricator?

Why do developers choose Redmine?

What are the cons of using Phabricator?

What are the cons of using Redmine?

What companies use Phabricator?

What companies use Redmine?

What tools integrate with Phabricator?

What tools integrate with Redmine?

What are some alternatives to Phabricator and Redmine?
GitHub
GitHub is the best place to share code with friends, co-workers, classmates, and complete strangers. Over three million people use GitHub to build amazing things together.
Jira
Jira's secret sauce is the way it simplifies the complexities of software development into manageable units of work. Jira comes out-of-the-box with everything agile teams need to ship value to customers faster.
GitLab
GitLab offers git repository management, code reviews, issue tracking, activity feeds and wikis. Enterprises install GitLab on-premise and connect it with LDAP and Active Directory servers for secure authentication and authorization. A single GitLab server can handle more than 25,000 users but it is also possible to create a high availability setup with multiple active servers.
Asana
Asana is the easiest way for teams to track their work. From tasks and projects to conversations and dashboards, Asana enables teams to move work from start to finish--and get results. Available at asana.com and on iOS & Android.
ESLint
A pluggable and configurable linter tool for identifying and reporting on patterns in JavaScript. Maintain your code quality with ease.
See all alternatives
Decisions about Phabricator and Redmine

We were using a hosted version of Redmine to track defects and user stories originally. We migrated to Jira.

Jira was an easy decision for a number of reasons:

I know there are alot of other tools in this space but not even considering anything else at the moment. Love Jira!

Our team has been using Redmine as our project management tools as well as bug tracking system at the very beginning. It's very easy to use although it is a little complex for new guys to set it up. Best of all, it's free and you can host it on your own server.

How developers use Phabricator and Redmine

Used by IT team team to track all tickets for all products. All product defects, features and development tasks are entered in Redmine, categorized, and assigned to developers. All code releases are tracked along with the corresponding tickets within this system.