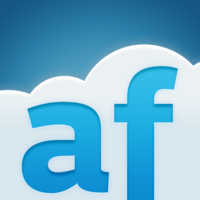 AppFog vs OpenShift: What are the differences?

AppFog and OpenShift can be primarily classified as "Platform as a Service" tools.

"The basic plan is free" is the primary reason why developers consider AppFog over the competitors, whereas "Good free plan" was stated as the key factor in picking OpenShift.

What are some alternatives to AppFog and Red Hat OpenShift?
Heroku
Heroku is a cloud application platform – a new way of building and deploying web apps. Heroku lets app developers spend 100% of their time on their application code, not managing servers, deployment, ongoing operations, or scaling.
Google App Engine
Google has a reputation for highly reliable, high performance infrastructure. With App Engine you can take advantage of the 10 years of knowledge Google has in running massively scalable, performance driven systems. App Engine applications are easy to build, easy to maintain, and easy to scale as your traffic and data storage needs grow.
AWS Elastic Beanstalk
Once you upload your application, Elastic Beanstalk automatically handles the deployment details of capacity provisioning, load balancing, auto-scaling, and application health monitoring.
Apollo
Build a universal GraphQL API on top of your existing REST APIs, so you can ship new application features fast without waiting on backend changes.
Azure Websites
Azure Websites is a fully managed Platform-as-a-Service (PaaS) that enables you to build, deploy and scale enterprise-grade web Apps in seconds. Focus on your application code, and let Azure take care of the infrastructure to scale and securely run it for you.
See all alternatives
Interest over time
How much does AppFog cost?
How much does Red Hat OpenShift cost?
News about AppFog
More news
News about Red Hat OpenShift
Minishift and the Enterprise: Installation
(blog.openshift.com)
Feb 16, 2018
Take Our Survey to Help Us Improve the OpenShift Developer Experience
(blog.openshift.com)
Feb 7, 2018
[Podcast] PodCTL #24 – The Blurred Line Between Containers and Applications
(blog.openshift.com)
Feb 5, 2018
OpenShift Online 3 Questions and Answers
(blog.openshift.com)
Feb 5, 2018
Partner Spotlight: Dynatrace
(blog.openshift.com)
Jan 25, 2018
More news