Bazel vs Buck vs Gradle 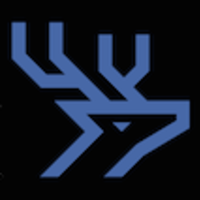 Bazel is a build tool that builds code quickly and reliably. It is used to build the majority of Google's software, and thus it has been designed to handle build problems present in Google's development environment.

Buck encourages the creation of small, reusable modules consisting of code and resources, and supports a variety of languages on many platforms.

Why do developers choose Bazel?

Why do developers choose Buck?

Why do developers choose Gradle?

What are the cons of using Bazel?

What are the cons of using Buck?

What are the cons of using Gradle?

What companies use Bazel?

What companies use Buck?

What companies use Gradle?

What tools integrate with Bazel?

What tools integrate with Buck?

What tools integrate with Gradle?

What are some alternatives to Bazel, Buck, and Gradle?
Pants
Pants is a build system for Java, Scala and Python. It works particularly well for a source code repository that contains many distinct projects.
Webpack
A bundler for javascript and friends. Packs many modules into a few bundled assets. Code Splitting allows to load parts for the application on demand. Through "loaders" modules can be CommonJs, AMD, ES6 modules, CSS, Images, JSON, Coffeescript, LESS, ... and your custom stuff.
Ansible
Ansible is an IT automation tool. It can configure systems, deploy software, and orchestrate more advanced IT tasks such as continuous deployments or zero downtime rolling updates. Ansible’s goals are foremost those of simplicity and maximum ease of use.
CMake
It is used to control the software compilation process using simple platform and compiler independent configuration files, and generate native makefiles and workspaces that can be used in the compiler environment of the user's choice.
Jenkins
In a nutshell Jenkins CI is the leading open-source continuous integration server. Built with Java, it provides over 300 plugins to support building and testing virtually any project.
See all alternatives
Related Comparisons

The main build tool. Integrate and delegate build to NodeJS in the client application, and build the server, its used for development productivity and production optimisations and quality. Automate all machine scripts and build things from dev to continuous integration to production

All 20+ micro-services that power Cirrus CI are living in a single mono repository. Gradle is using for testing and building Docker containers for all services.