DigitalOcean vs Heroku: What are the differences?

Developers describe DigitalOcean as "Deploy an SSD cloud server in less than 55 seconds with a dedicated IP and root access". We take the complexities out of cloud hosting by offering blazing fast, on-demand SSD cloud servers, straightforward pricing, a simple API, and an easy-to-use control panel. On the other hand, Heroku is detailed as "Build, deliver, monitor and scale web apps and APIs with a trail blazing developer experience". Heroku is a cloud application platform – a new way of building and deploying web apps. Heroku lets app developers spend 100% of their time on their application code, not managing servers, deployment, ongoing operations, or scaling.

DigitalOcean and Heroku are primarily classified as "Cloud Hosting" and "Platform as a Service" tools respectively.

Some of the features offered by DigitalOcean are:

"Great value for money", "Simple dashboard" and "Good pricing" are the key factors why developers consider DigitalOcean; whereas "Easy deployment", "Free for side projects" and "Huge time-saver" are the primary reasons why Heroku is favored.

According to the StackShare community, Heroku has a broader approval, being mentioned in 1504 company stacks & 961 developers stacks; compared to DigitalOcean, which is listed in 943 company stacks and 687 developer stacks. 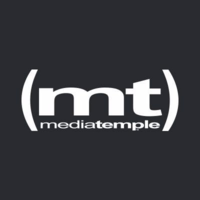 While Media Temple is more expensive than DigitalOcean, sometimes it is like comparing apples and oranges. DigitalOcean provides what is called Virtual Private Servers ( VPS ). While you seem to be on your own dedicated server, you are, in fact, sharing the same hardware with others.

If you need to be on your own dedicated server, or have other hardware requirements, you do not really have as many options with DigitalOcean. But with Media Temple, the skies the limit ( but so is potentially the cost ).

DigitalOcean was where I began; its USD5/month is extremely competitive and the overall experience as highly user-friendly.

However, their offerings were lacking and integrating with other resources I had on AWS was getting more costly (due to transfer costs on AWS). Eventually I moved the entire project off DO's Droplets and onto AWS's EC2.

One may initially find the cost (w/o free tier) and interface of AWS daunting however with good planning you can achieve highly cost-efficient systems with savings plans, spot instances, etcetera.

Do not dive into AWS head-first! Seriously, don't. Stand back and read pricing documentation thoroughly. You can, not to the fault of AWS, easily go way overbudget. Your first action upon getting your AWS account should be to set up billing alarms for estimated and current bill totals.

Cons of DigitalOcean
Cons of Heroku

We take the complexities out of cloud hosting by offering blazing fast, on-demand SSD cloud servers, straightforward pricing, a simple API, and an easy-to-use control panel.

What companies use DigitalOcean?

See which teams inside your own company are using DigitalOcean or Heroku.
Sign up for StackShare EnterpriseLearn More

What tools integrate with DigitalOcean?

+20
2
859
What are some alternatives to DigitalOcean and Heroku?
Linode
Get a server running in minutes with your choice of Linux distro, resources, and node location.
Vultr
Strategically located in 16 datacenters around the globe and provides frictionless provisioning of public cloud, storage and single-tenant bare metal.
Microsoft Azure
Azure is an open and flexible cloud platform that enables you to quickly build, deploy and manage applications across a global network of Microsoft-managed datacenters. You can build applications using any language, tool or framework. And you can integrate your public cloud applications with your existing IT environment.
Bitnami
Our library provides trusted virtual machines for every major development stack and open source server application, ready to run in your infrastructure.
Amazon EC2
It is a web service that provides resizable compute capacity in the cloud. It is designed to make web-scale computing easier for developers.
See all alternatives
See all the technologies you’re using across your company.
Sign up for StackShare EnterpriseLearn More