Code Climate vs Coveralls: What are the differences?

Developers describe Code Climate as "Automated Ruby Code Review". After each Git push, Code Climate analyzes your code for complexity, duplication, and common smells to determine changes in quality and surface technical debt hotspots. On the other hand, Coveralls is detailed as "Track your project's code coverage over time, changes to files, and badge your GitHub repo". Coveralls works with your CI server and sifts through your coverage data to find issues you didn't even know you had before they become a problem. Free for open source, pro accounts for private repos, instant sign up with GitHub OAuth.

Code Climate belongs to "Code Review" category of the tech stack, while Coveralls can be primarily classified under "Code Coverage".

On the other hand, Coveralls provides the following key features:

"Auto sync with Github" is the top reason why over 68 developers like Code Climate, while over 44 developers mention "Free for public repositories" as the leading cause for choosing Coveralls.

StackShare, Typeform, and thoughtbot are some of the popular companies that use Code Climate, whereas Coveralls is used by Mapbox, Practo, and Kong. Code Climate has a broader approval, being mentioned in 144 company stacks & 48 developers stacks; compared to Coveralls, which is listed in 58 company stacks and 45 developer stacks. 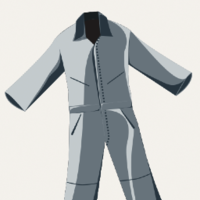 My website is brand new and one of the few requirements of testings I had to implement was code coverage. Never though it was so hard to implement using a #docker container. Given my lack of experience, every attempt I tried on making a simple code coverage test using the 4 combinations of #TravisCI, #CircleCi with #Coveralls, #Codecov I failed. The main problem was I was generating the .coverage file within the docker container and couldn't access it with #TravisCi or #CircleCi, every attempt to solve this problem seems to be very hacky and this was not the kind of complexity I want to introduce to my newborn website. This problem was solved using a specific action for #GitHubActions, it was a 3 line solution I had to put in my github workflow file and I was able to access the .coverage file from my docker container and get the coverage report with #Codecov.

Coveralls works with your CI server and sifts through your coverage data to find issues you didn't even know you had before they become a problem. Free for open source, pro accounts for private repos, instant sign up with GitHub OAuth.

What companies use Coveralls?

See which teams inside your own company are using Code Climate or Coveralls.
Sign up for Private StackShareLearn More

What tools integrate with Coveralls?

+44
109
50194
What are some alternatives to Code Climate and Coveralls?
Codacy
Codacy automates code reviews to improve and standardize code quality across large enterprises. It identifies issues through static code analysis. Integrates with GitLab, GitHub & Bitbucket.
Codecov
Our patrons rave about our elegant coverage reports, integrated pull request comments, interactive commit graphs, our Chrome plugin and security.
SonarQube
SonarQube provides an overview of the overall health of your source code and even more importantly, it highlights issues found on new code. With a Quality Gate set on your project, you will simply fix the Leak and start mechanically improving.
GitPrime
GitPrime uses data from GitHub, GitLab, BitBucket—or any Git based code repository—to help engineering leaders move faster, optimize work patterns, and advocate for engineering with concrete data.
RuboCop
RuboCop is a Ruby static code analyzer. Out of the box it will enforce many of the guidelines outlined in the community Ruby Style Guide.
See all alternatives
See all the technologies you’re using across your company.
Sign up for Private StackShareLearn More