Heads up! You are comparing apples to oranges. Here is a related, more direct comparison: Django vs Pyramid
HomeApplication and DataLanguages & FrameworksFrameworks (Full Stack)
UPDATED
Feb 3, 2020 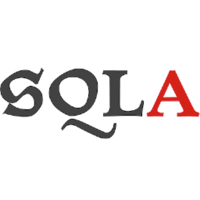 Django vs SQLAlchemy: What are the differences?

Django belongs to "Frameworks (Full Stack)" category of the tech stack, while SQLAlchemy can be primarily classified under "Object Relational Mapper (ORM)".

Instagram, Pinterest, and Udemy are some of the popular companies that use Django, whereas SQLAlchemy is used by MonkeyLearn, WakaTime, and YOU-app. Django has a broader approval, being mentioned in 993 company stacks & 914 developers stacks; compared to SQLAlchemy, which is listed in 34 company stacks and 29 developer stacks.

SQLAlchemy is the Python SQL toolkit and Object Relational Mapper that gives application developers the full power and flexibility of SQL.

Why do developers choose Django?

Why do developers choose SQLAlchemy?

What are the cons of using Django?

What are the cons of using SQLAlchemy?

Jobs that mention Django and SQLAlchemy as a desired skillset

What companies use Django?

What companies use SQLAlchemy?

What tools integrate with Django?

What tools integrate with SQLAlchemy?

What are some alternatives to Django and SQLAlchemy?
Flask
Flask is intended for getting started very quickly and was developed with best intentions in mind.
Node.js
Node.js uses an event-driven, non-blocking I/O model that makes it lightweight and efficient, perfect for data-intensive real-time applications that run across distributed devices.
Rails
Rails is a web-application framework that includes everything needed to create database-backed web applications according to the Model-View-Controller (MVC) pattern.
Laravel
It is a web application framework with expressive, elegant syntax. It attempts to take the pain out of development by easing common tasks used in the majority of web projects, such as authentication, routing, sessions, and caching.
PHP
Fast, flexible and pragmatic, PHP powers everything from your blog to the most popular websites in the world.
See all alternatives
Decisions about Django and SQLAlchemy

StackShare Editors
a few seconds ago | 4 upvotes · 38.2K views
at

In late 2015, following the Series G, Pinterest began migrating their web experience to React, primarily because they “found React rendered faster than our previous template engine, had fewer obstacles to iterating on features and had a large developer community.”

They decided on an iterative approach that consolidated a single template rendering engine between client and server, since “If the server could interpret JavaScript, and use Nunjucks to render templates and share our client-side code, we could then move forward with an iterative migration to React.” The team decided to stand up a Node process, behind Nginx, and interpret JavaScript server-side.

Now, when a user agent makes a request, a latent module render requests that it needs data via an API call. Concurrently, a separate network call is made “to a co-located Node process to render the template as far as it can go with the data that it has.”

Node then responds with rendered templates, and along with a “holes” array to indicate what data was still needed to complete the render. Finally, the Python webapp makes an API call to fetch the remaining data, and each module is sent back to Node as completely independent module requests/in parallel/.

With this framework in place, Pinterest developers are in the process of replacing Nunjucks code with React components throughout the codebase.

Since 2011 our frontend was in Django monolith. However, in 2016 we decide to separate #Frontend from Django for independent development and created the custom isomorphic app based on Node.js and React. Now we realized that not need all abilities of the server, and it is sufficient to generate a static site. Gatsby is suitable for our purposes. We can generate HTML from markdown and React views very simply. So, we are updating our frontend to Gatsby now, and maybe we will use Netlify for deployment soon. This will speed up the delivery of new features to production.

Zulip has been powered by Django since the very early days of its development with Django 1.4, back in 2012. As a reasonably mature web application with significant scale, we're at the stage in many companies' development where one starts to rip out more and more of the web framework to optimize things or just make them work the way we want. (E.g. while I was at Dropbox in early 2016, we discovered we only had about 600 lines of code left from the original Pylons framework that actually ran).

One of the things that has been really fantastic about Django is that we're still happily using it for the vast majority of code in the project, and every time Django comes out with a new release, I read the changelog and get excited about several improvements that actually make my life better. While Django has made some design decisions that I don't agree with (e.g. I'm not a fan of Django REST framework, and think it makes life more difficult), Django also makes it easy to do your own thing, which we've done to great effect (see the linked article for details on our has_request_variables framework).

Overall I think we've gotten a ton of value out of Python and Django and would recommend it to anyone starting a new full-featured web application project today.

I really love Django because it is really fast to create a web application from scratch and it has a lot a facilities like the ORM or the Admin module ! The Python language is really easy to read and powerful, that's why I prefer Django over Symfony.

I use Django at work to make tools for the technicians but I also use it for me to build my personal website which I host on PythonAnywhere, and with a domain name bought on Namecheap.

I've been using Django for quite a long time and in my opinion I would never switch from it. My company is currently using Django with REST framework and a part in GraphQL using Graphene. On the frontend we use Next.js and so far everything has been running quite good. I've found limitations but manage to solve it.

As someone mentioned before, if you are comfortable with Django, don't switch. There's no need since with django you can basically achieve anything. Of course this will depend on the project you want to build, but the scalability and flexibility django can offer it's just out of this world. (Don't want to sound like a fan boy haha but it really is).

Django takes the hassle out of building an enterprise web application using Python.

Our backend was written in Django. We took advantage of the ready-to-go admin interface as a go-to solution for the client to be able to authorize his users, as well as other functionality, while most of the work was done through the Django Rest Framework.

Hands down the best Python web framework I've used. Very easy to extend and add apps and go from 0 to full project quickly and painlessly. I built a fully authenticated project with a single endpoint in less than 30 minutes.