Grunt vs Webpack: What are the differences?

What is Grunt? The JavaScript Task Runner. The less work you have to do when performing repetitive tasks like minification, compilation, unit testing, linting, etc, the easier your job becomes. After you've configured it, a task runner can do most of that mundane work for you—and your team—with basically zero effort.

"Configuration ", "Open source" and "Automation of minification and live reload" are the key factors why developers consider Grunt; whereas "Most powerful bundler", "Built-in dev server with livereload" and "Can handle all types of assets" are the primary reasons why Webpack is favored.

Airbnb, Instagram, and Pinterest are some of the popular companies that use Webpack, whereas Grunt is used by Medium, Twitter, and Udemy. Webpack has a broader approval, being mentioned in 2206 company stacks & 1338 developers stacks; compared to Grunt, which is listed in 796 company stacks and 429 developer stacks.

Decisions about Grunt and Webpack 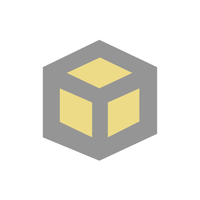 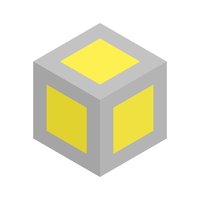 Microsoft
(
My Stack
)
Why migrated?

I could define the next points why we have to migrate: 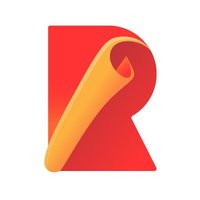 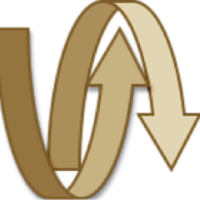 We mostly use rollup to publish package onto NPM. For most all other use cases, we use the Meteor build tool (probably 99% of the time) for publishing packages. If you're using Node on FHIR you probably won't need to know rollup, unless you are somehow working on helping us publish front end user interface components using FHIR. That being said, we have been migrating away from Atmosphere package manager towards NPM. As we continue to migrate away, we may publish other NPM packages using rollup.

Cons of Grunt
Cons of Webpack

The less work you have to do when performing repetitive tasks like minification, compilation, unit testing, linting, etc, the easier your job becomes. After you've configured it, a task runner can do most of that mundane work for you—and your team—with basically zero effort.

A bundler for javascript and friends. Packs many modules into a few bundled assets. Code Splitting allows to load parts for the application on demand. Through "loaders" modules can be CommonJs, AMD, ES6 modules, CSS, Images, JSON, Coffeescript, LESS, ... and your custom stuff.
What companies use Grunt?
What companies use Webpack?

What companies use Grunt?

What companies use Webpack?

What tools integrate with Grunt?

What tools integrate with Webpack?

What are some alternatives to Grunt and Webpack?
gulp
Build system automating tasks: minification and copying of all JavaScript files, static images. More capable of watching files to automatically rerun the task when a file changes.
npm
npm is the command-line interface to the npm ecosystem. It is battle-tested, surprisingly flexible, and used by hundreds of thousands of JavaScript developers every day.
Yarn
Yarn caches every package it downloads so it never needs to again. It also parallelizes operations to maximize resource utilization so install times are faster than ever.
Gradle
Gradle is a build tool with a focus on build automation and support for multi-language development. If you are building, testing, publishing, and deploying software on any platform, Gradle offers a flexible model that can support the entire development lifecycle from compiling and packaging code to publishing web sites.
Apache Maven
Maven allows a project to build using its project object model (POM) and a set of plugins that are shared by all projects using Maven, providing a uniform build system. Once you familiarize yourself with how one Maven project builds you automatically know how all Maven projects build saving you immense amounts of time when trying to navigate many projects.
See all alternatives
Interest over time
News about Grunt
Grunt 1.1.0 released
(gruntjs.com)
Mar 16, 2020
Updating plugins to Grunt 0.4
(gruntjs.com)
Feb 15, 2013
Grunt 0.4.0 released
(gruntjs.com)
Feb 18, 2013
Grunt 0.4.1 released
(gruntjs.com)
Mar 13, 2013
Grunt 0.4.2 released
(gruntjs.com)
Nov 21, 2013
More news
News about Webpack
GSOC 2020 with webpack
(medium.com)
May 23, 2020
Google Summer of Code Closing Conference
(medium.com)
Oct 22, 2019
</Summer 2019 with webpack>
(medium.com)
Aug 14, 2019
GSoC 2019 Dev Server Refactor: WebSockets, ws, and CLI
(medium.com)
Aug 14, 2019
GSoC 2019: Starting Off the Dev Server Refactor
(medium.com)
a year ago
More news