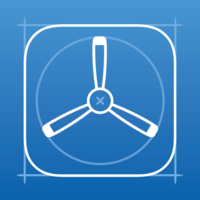 TestFairy vs TestFlight: What are the differences?

TestFairy: Painless Beta Testing. When testing apps in the crowd, you never know what exactly was done, and what went wrong on the client side. TestFairy shows you a video of the exact test that was done, including CPU, memory, GPS, network and a lot more; TestFlight: iOS beta testing on the fly. With TestFlight, developers simply upload a build, and the testers can install it directly from their device, over the air.

Some of the features offered by TestFairy are:

On the other hand, TestFlight provides the following key features:

"Get video rec of the user on your app" is the top reason why over 7 developers like TestFairy, while over 61 developers mention "Must have for ios development" as the leading cause for choosing TestFlight.

According to the StackShare community, TestFlight has a broader approval, being mentioned in 313 company stacks & 65 developers stacks; compared to TestFairy, which is listed in 7 company stacks and 4 developer stacks.

When testing apps in the crowd, you never know what exactly was done, and what went wrong on the client side. TestFairy shows you a video of the exact test that was done, including CPU, memory, GPS, network and a lot more.

With TestFlight, developers simply upload a build, and the testers can install it directly from their device, over the air.

Why do developers choose TestFairy?

Why do developers choose TestFlight?

What are the cons of using TestFairy?

What are the cons of using TestFlight?

What companies use TestFairy?

What companies use TestFlight?

What tools integrate with TestFairy?

What tools integrate with TestFlight?

What are some alternatives to TestFairy and TestFlight?
HockeyApp
HockeyApp is the best way to collect live crash reports, get feedback from your users, distribute your betas, and analyze your test coverage.
Crashlytics
Instead of just showing you the stack trace, Crashlytics performs deep analysis of each and every thread. We de-prioritize lines that don't matter while highlighting the interesting ones. This makes reading stack traces easier, faster, and far more useful! Crashlytics' intelligent grouping can take 50,000 crashes, distill them down to 20 unique issues, and then tell you which 3 are the most important to fix.
Fabric
Fabric is a Python (2.5-2.7) library and command-line tool for streamlining the use of SSH for application deployment or systems administration tasks. It provides a basic suite of operations for executing local or remote shell commands (normally or via sudo) and uploading/downloading files, as well as auxiliary functionality such as prompting the running user for input, or aborting execution.
Fabric by Twitter
Installing and managing a wide range of SDKs can be cumbersome and complex. Fabric solves this problem by combining all seven of our SDKs under one roof and organizing them into three Kits: the Crashlytics Kit, the Twitter Kit, and the MoPub Kit.
Beta by Crashlytics
A streamlined solution for distributing apps that gives you a single, cross-platform toolset for iOS and Android, and a delightful, effortless onboarding for your testers.
See all alternatives
Decisions about TestFairy and TestFlight
No stack decisions found
Related Comparisons

Beta by Crashlytics
VS

Used to be our go-to deployment platform but immediately after Apple bought and integrated it they dropped a handful of features, including the ability to deploy Enterprise IPA's. Not sure what the situation is now, but we since migrated to TestFairy and have had no problems.

How developers use TestFairy and TestFlight

been a few years since i've used test flight. we used it at my startup over 5 years ago when they were first starting out. help alleviate many of the issues related with app distribution back then.

When it comes to beta testing on iOS, there's really no other solid option. TestFlight is reliable, easy to use and has a set of great API's (albeit somewhat hidden).

We previously used TestFlight to deploy test apps, but since Apple purchased them we've been using HockeyApp so that we can test both iOS as well as Android.

Beta distribution of my iOS apps.