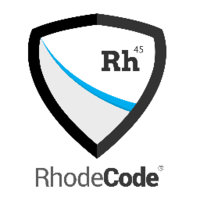 Gogs vs RhodeCode: What are the differences?

Gogs and RhodeCode can be categorized as "Code Collaboration & Version Control" tools.

Some of the features offered by Gogs are:

On the other hand, RhodeCode provides the following key features:

"Self-hosted github like service" is the top reason why over 32 developers like Gogs, while over 21 developers mention "Self hosted" as the leading cause for choosing RhodeCode.

RhodeCode provides centralized control over distributed code repositories. Developers get code review tools and custom APIs that work in Mercurial, Git & SVN. Firms get unified security and user control so that their CTOs can sleep at night

Why do developers choose RhodeCode?

What are the cons of using RhodeCode?

Jobs that mention Gogs and RhodeCode as a desired skillset

What tools integrate with RhodeCode?

What are some alternatives to Gogs and RhodeCode?
Gitea
Gitea is a community managed lightweight code hosting solution written in Go. It published under the MIT license.
GitLab
GitLab offers git repository management, code reviews, issue tracking, activity feeds and wikis. Enterprises install GitLab on-premise and connect it with LDAP and Active Directory servers for secure authentication and authorization. A single GitLab server can handle more than 25,000 users but it is also possible to create a high availability setup with multiple active servers.
GitBucket
GitBucket provides a Github-like UI and features such as Git repository hosting via HTTP and SSH, repository viewer, issues, wiki and pull request.
GitHub
GitHub is the best place to share code with friends, co-workers, classmates, and complete strangers. Over three million people use GitHub to build amazing things together.
Bitbucket
Bitbucket gives teams one place to plan projects, collaborate on code, test and deploy, all with free private Git repositories. Teams choose Bitbucket because it has a superior Jira integration, built-in CI/CD, & is free for up to 5 users.
See all alternatives
Decisions about Gogs and RhodeCode