Pagekit vs Wagtail vs WordPress 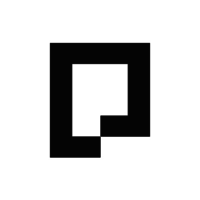 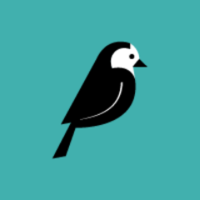 Pagekit gives you the tools to create beautiful websites. No matter if it's a simple blog, your company's website or a web service. Pagekit has a modular and extendable architecture and is built on top of Symfony components and modern open source libraries.

Wagtail is a Django content management system built originally for the Royal College of Art and focused on flexibility and user experience.

The core software is built by hundreds of community volunteers, and when you’re ready for more there are thousands of plugins and themes available to transform your site into almost anything you can imagine. Over 60 million people have chosen WordPress to power the place on the web they call “home” — we’d love you to join the family.

Why do developers choose Pagekit?

Why do developers choose Wagtail?

Why do developers choose WordPress?

What are the cons of using Pagekit?

What are the cons of using Wagtail?

What are the cons of using WordPress?

What companies use Wagtail?

What companies use WordPress?

What tools integrate with Pagekit?

What tools integrate with Wagtail?

What tools integrate with WordPress?

What are some alternatives to Pagekit, Wagtail, and WordPress?
ngrok
ngrok is a reverse proxy that creates a secure tunnel between from a public endpoint to a locally running web service. ngrok captures and analyzes all traffic over the tunnel for later inspection and replay.
PageKite
PageKite is a system for exposing localhost servers to the public Internet. It is most commonly used to make local web servers or SSH servers publicly visible, although almost any TCP-based protocol can work if the client knows how to use an HTTP proxy.
Grav
It is a free, open-source and self-hosted content management system (CMS) based on the PHP programming language and Symfony web application framework. It uses a flat file database for both backend and frontend. It is more widely used, and growing at a faster rate, than other leading flat-file CMS competitors.
Drupal
Drupal is an open source content management platform powering millions of websites and applications. It’s built, used, and supported by an active and diverse community of people around the world.
Joomla!
Joomla is a simple and powerful web server application and it requires a server with PHP and either MySQL, PostgreSQL, or SQL Server to run it.
See all alternatives
Decisions about Pagekit, Wagtail, and WordPress
No stack decisions found
Related Comparisons

Wordpress is extremely easy to learn and implement. Although is it not as sexy for devs to work with it is by far the most cost effective way to get a dynamic website up and running with very little debugging.

well my cms is also wp and for a simple fitness blog/brand wordpress extends great help. Easy to use backend, easy plugins for seo. Recommended for freshies! I like this CMS. It is easy for use. I recommended them.

How developers use Pagekit, Wagtail, and WordPress

Wordpress is used for our blog and some of our content & landing pages, runs on a subdomain. We also use a custom Python proxy to bring in blog content to the primary domain (/blog).

I use word press when I need to deliver static websites in super short time. It’s easy, fast and can be used to create amazing single page sites for small to medium sized companies..