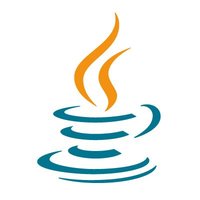 What is JSF and what are its top alternatives?

It is used for building component-based user interfaces for web applications and was formalized as a standard through the Java Community
JSF is a tool in the Javascript MVC Frameworks category of a tech stack.

Our whole Node.js backend stack consists of the following tools:

The main reason we have chosen Node.js over PHP is related to the following artifacts:

The main reason we have chosen Vue.js over React and AngularJS is related to the following artifacts:

Is learning Spring and Spring Boot for web apps back-end development is still relevant in 2021? Feel free to share your views with comparison to Django/Node.js/ ExpressJS or other frameworks.

I use Webpack and Babel to compile the JavaScript. TypeScript can compile to JavaScript directly but Babel offers a few more options and polyfills so you can use the latest (and even prerelease) JavaScript features today and compile to be backwards compatible with virtually any browser. My favorite recent addition is "optional chaining" which greatly simplifies and increases readability of a number of sections of my code dealing with getting and setting data in nested objects.

I use some Ruby scripts to process images with ImageMagick and pngquant to optimise for size and even auto insert responsive image code into the HTML5. Ruby is the ultimate cross platform scripting language. Even as your scripts become large, Ruby allows you to refactor your code easily and make it Object Oriented if necessary. I find it the quickest and easiest way to maintain certain aspects of my build process.

For the user interface design and prototyping I use Figma. Figma has an almost identical user interface to #Sketch but has the added advantage of being cross platform (MacOS and Windows). Its real-time collaboration features are outstanding and I use them a often as I work mostly on remote projects. Clients can collaborate in real-time and see changes I make as I make them. The clickable prototyping features in Figma are also very well designed and mean I can send clickable prototypes to clients to try user interface updates as they are made and get immediate feedback. I'm currently also evaluating the latest version of #AdobeXD as an alternative to Figma as it has the very cool auto-animate feature. It doesn't have real-time collaboration yet, but I heard it is proposed for 2019.

For the UI icons I use Font Awesome Pro. They have the largest selection and best looking icons you can find on the internet with several variations in styles so you can find most of the icons you want for standard projects.

For the backend I was using the #GraphCool Framework. As I later found out, #GraphQL still has some way to go in order to provide the full power of a mature graph query language so later in my project I ripped out #GraphCool and replaced it with CouchDB and Pouchdb. Primarily so I could provide good offline app support. CouchDB with Pouchdb is very flexible and efficient combination and overcomes some of the restrictions I found in #GraphQL and hence #GraphCool also. The most impressive and important feature of CouchDB is its replication. You can configure it in various ways for backups, fault tolerance, caching or conditional merging of databases. CouchDB and Pouchdb even supports storing, retrieving and serving binary or image data or other mime types. This removes a level of complexity usually present in database implementations where binary or image data is usually referenced through an #HTML5 link. With CouchDB and Pouchdb apps can operate offline and sync later, very efficiently, when the network connection is good.

I use PhoneGap when testing the app. It auto-reloads your app when its code is changed and you can also install it on Android phones to preview your app instantly. iOS is a bit more tricky cause of Apple's policies so it's not available on the App Store, but you can build it and install it yourself to your device.

So that's my latest mobile stack. What tools do you use? Have you tried these ones?

At FundsCorner, when we set out to pick up the front-end tech stack (around Dec 2017), we drove our decision based on the following considerations:

(1) We were clear that we will NOT have a hybrid app. We will start with Responsive Web & once there is traction, we will rollout our Android App. However, we wanted to ensure that the users have a consistent experience on both the Web & the App. So, the front-end framework must also have a material design component library which we can choose from.

(2) Before joining FundsCorner as a CTO, I had already worked with Angular. I enjoyed working with Angular, but I felt that I must choose something that will provide us with the fastest time from Concept to Reality.

(3) I am strong proponent of segregating HTML & JavaScript. I.e. I was not for writing or generating HTML through JavaScript. Because, this will mean that the Front-end developers I have to hire will always be very strong on JavaScript alongside HTML5 & CSS. I was looking for a Framework that was on JavaScript but not HEAVY on JavaScript.

(3) The first iteration of the web app was to be done by myself. But I was clear that when someone takes up the mantle, they will be able to come up the curve fast.

In the end, Vue.js and Vuetify satisfied all the above criteria with aplomb! When I did our first POC on Vue.js I could not believe that front-end development could be this fast. The documentation was par excellence and all the required essentials that come along with the Framework (viz. Routing, Store, Validations) etc. were available from the same community! It was also a breeze to integrate with other JavaScript libraries (such as Amazon Cognito).

By picking Vuetify, we were able to provide a consistent UI experience between our Web App and Native App, besides making the UI development ultra blazing fast!

In the end, we were able to rollout our Web App in record 6 weeks (that included the end to end Loan Origination flow, Loans management system & Customer engagement module). www.jeyabalaji.com

I've used both Vue.js and React and I would stick with React. I know that Vue.js seems easier to write and its much faster to pick up however as you mentioned above React has way more ready made components you can just plugin, and the community for React is very big.

It might be a bit more of a steep learning curve for your friend to learn React over Vue.js but I think in the long run its the better option.