GitLab vs Sonatype Nexus: What are the differences?

GitLab can be classified as a tool in the "Code Collaboration & Version Control" category, while Sonatype Nexus is grouped under "Java Build Tools".

According to the StackShare community, GitLab has a broader approval, being mentioned in 1234 company stacks & 1479 developers stacks; compared to Sonatype Nexus, which is listed in 49 company stacks and 16 developer stacks.

Git
at
SourceLevel
(
My Stack
)

What is Sonatype Nexus?

It is an open source repository that supports many artifact formats, including Docker, Java™ and npm. With the Nexus tool integration, pipelines in your toolchain can publish and retrieve versioned apps and their dependencies
What companies use GitLab?
What companies use Sonatype Nexus?

What companies use Sonatype Nexus?

What tools integrate with Sonatype Nexus?

Transforming the Management of Application Configurations & Se...
Dec 10 2019 at 8:35AM 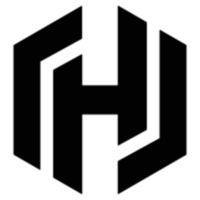 +7
5
1043
What are some alternatives to GitLab and Sonatype Nexus?
GitHub
GitHub is the best place to share code with friends, co-workers, classmates, and complete strangers. Over three million people use GitHub to build amazing things together.
Bitbucket
Bitbucket gives teams one place to plan projects, collaborate on code, test and deploy, all with free private Git repositories. Teams choose Bitbucket because it has a superior Jira integration, built-in CI/CD, & is free for up to 5 users.
Jenkins
In a nutshell Jenkins CI is the leading open-source continuous integration server. Built with Java, it provides over 300 plugins to support building and testing virtually any project.
Gogs
The goal of this project is to make the easiest, fastest and most painless way to set up a self-hosted Git service. With Go, this can be done in independent binary distribution across ALL platforms that Go supports, including Linux, Mac OS X, and Windows.
Git
Git is a free and open source distributed version control system designed to handle everything from small to very large projects with speed and efficiency.
See all alternatives
Interest over time
How much does GitLab cost?
How much does Sonatype Nexus cost?
News about GitLab
What it's like to interview at GitLab: A peek inside the recruitment process
(about.gitlab.com)
Mar 28, 2019
7 Best practices for application modernization
(about.gitlab.com)
Mar 27, 2019
How to connect GitLab and Pantheon to streamline Drupal and WordPress workflows
(about.gitlab.com)
Mar 26, 2019
GitLab Patch Release: 11.9.1
(about.gitlab.com)
Mar 26, 2019
An Update on Project Runner Registration Token Exposed Through Issues Quick Actions Vulnerability
(about.gitlab.com)
Mar 25, 2019
More news
News about Sonatype Nexus
More news