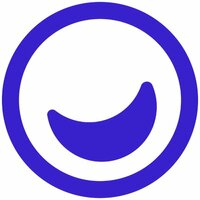 InVision vs Usersnap: What are the differences?

Developers describe InVision as "Prototyping & Collaboration For Design Teams". InVision lets you create stunningly realistic interactive wireframes and prototypes without compromising your creative vision. On the other hand, Usersnap is detailed as "Get feedback & bug reports with annotated screenshots". Usersnap is the #1 bug tracking tool for every web project Collaborate on screenshots with colleagues and clients.

InVision belongs to "Interactive Mockups" category of the tech stack, while Usersnap can be primarily classified under "Feedback Widget".

Some of the features offered by InVision are:

On the other hand, Usersnap provides the following key features:

"Collaborative" is the primary reason why developers consider InVision over the competitors, whereas "Because it makes collecting feedback super easy" was stated as the key factor in picking Usersnap.

Airbnb, StackShare, and ebay are some of the popular companies that use InVision, whereas Usersnap is used by Usersnap, DAC Group, and LingoHub. InVision has a broader approval, being mentioned in 1350 company stacks & 2754 developers stacks; compared to Usersnap, which is listed in 5 company stacks and 9 developer stacks.

Usersnap is the #1 bug tracking tool for every web project. Collaborate on screenshots with colleagues and clients. Usersnap makes tracking bugs and collecting feedback on design drafts and prototypes easy.

Why do developers choose InVision?

Why do developers choose Usersnap?

What are the cons of using InVision?

What are the cons of using Usersnap?

What tools integrate with Usersnap?

What are some alternatives to InVision and Usersnap?
Flight
Flight is distinct from existing frameworks in that it doesn't prescribe or provide any particular approach to rendering or providing data to a web application. It's agnostic to how requests are routed, which templating language you use or even if you render your HTML on the client or the server. While some web frameworks encourage developers to arrange their code around a prescribed model layer, Flight is organized around the existing DOM model with functionality mapped directly to DOM nodes.
Sketch
Easily create complex shapes with our state-of-the-art vector boolean operations and take advantage of our extensive layer styles.
Zeplin
Collaboration app for designers & developers. Supports Sketch and Photoshop (on beta!).
Marvel
A super simple tool that turns any image (including PSDs) or sketch into interactive prototypes for any device. Powered by Dropbox.
Adobe XD
A vector-based tool developed and published by Adobe Inc for designing and prototyping user experience for web and mobile apps.
See all alternatives
Decisions about InVision and Usersnap
No stack decisions found
Related Comparisons

I am one of the few beta testers of the integration between Usersnap and GitHub Issues.

My webapp source code is hosted on...well github and I am very happy I can get a visual feedback directly into the Issues.

I don't need to open my email and to create an issue and to re-attach the sreenshot over and over again.

The good thing is - I can assign the issue directly to my designer :)

I am happy with it!

I really like InVision. They're great for dumping a bunch of sketches on and showing someone else your ideas super easily. I highly recommend them for prototyping apps (plus they work on mobile!).

How developers use InVision and Usersnap

Allows the user to send a screenshot and comments with a bug report. Also automatically sends all error information including console logs and client environment information directly to a BitBucket repo and Slack.

We use zeplin as an interface between designers, developers and stakeholders for sharing, improving and discussing designs

Mainly for the Mobile Application. Invision is an awesome tool for fast prototyping, especially on mobile devices.

Since we are fully distributed team, we must use these kinds of tools for collaboration. This one is used for UI/UX

Another way we help show you from the very beginning what things may look like, and make changes accordingly.

I used the free version some time ago since the paid version is barely affordable as a business in germany.

Easiest way to get screenshots and annotations for MVP users.