LogRocket vs Sentry: What are the differences?

Developers describe LogRocket as "Record everything users do on your site, so you can reproduce bugs and fix issues faster". LogRocket helps product teams build better experiences for their users. By recording videos of user sessions along with logs and network data, LogRocket surfaces UX problems and reveals the root cause of every bug. On the other hand, Sentry is detailed as "Cut time to resolution for app errors from five hours to five minutes". Sentry is an open-source platform for workflow productivity, aggregating errors from across the stack in real time. 500K developers use Sentry to get the code-level context they need to resolve issues at every stage of the app lifecycle.

LogRocket can be classified as a tool in the "User Feedback as a Service" category, while Sentry is grouped under "Exception Monitoring".

"See a video of user using your website" is the primary reason why developers consider LogRocket over the competitors, whereas "Consolidates similar errors and makes resolution easy" was stated as the key factor in picking Sentry.

Airbnb, Uber Technologies, and Instagram are some of the popular companies that use Sentry, whereas LogRocket is used by Teleport, Drawbotics, and SupplyAI. Sentry has a broader approval, being mentioned in 1341 company stacks & 436 developers stacks; compared to LogRocket, which is listed in 68 company stacks and 11 developer stacks.

I essentially inherited a Shopify theme that was originally created by an agency. After discovering a number of errors being thrown in the Dev Console just by scrolling through the website, I needed more visibility over any errors happening in the field. Having used both Sentry and TrackJS, I always got lost in the TrackJS interface, so I felt more comfortable introducing Sentry. The Sentry free tier is also very generous, although it turns out the theme threw over 15k errors in less than a week.

I highly recommend setting up error tracking from day one. Theoretically, you should never need to upgrade from the free tier if you're keeping on top of the errors...

Cons of LogRocket
Cons of Sentry 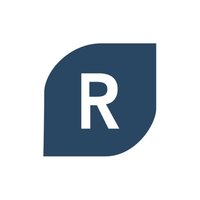 What companies use LogRocket?

What companies use Sentry?

See which teams inside your own company are using LogRocket or Sentry.
Sign up for StackShare EnterpriseLearn More

What tools integrate with LogRocket?

What tools integrate with Sentry?

+22
17
13749
What are some alternatives to LogRocket and Sentry?
FullStory
FullStory’s unmatched analytics engine automatically indexes every digital interaction with your site or app and empowers teams to measure, validate, and act on each experience at scale.
Bugsnag
Bugsnag captures errors from your web, mobile and back-end applications, providing instant visibility into user impact. Diagnostic data and tools are included to help your team prioritize, debug and fix exceptions fast.
TrackJS
Production error monitoring and reporting for web applications. TrackJS provides deep insights into real user errors. See the user, network, and application events that tell the story of an error so you can actually fix them.
AppDynamics
AppDynamics develops application performance management (APM) solutions that deliver problem resolution for highly distributed applications through transaction flow monitoring and deep diagnostics.
Datadog
Datadog is the leading service for cloud-scale monitoring. It is used by IT, operations, and development teams who build and operate applications that run on dynamic or hybrid cloud infrastructure. Start monitoring in minutes with Datadog!
See all alternatives
See all the technologies you’re using across your company.
Sign up for StackShare EnterpriseLearn More