Heads up! You are comparing apples to oranges. Here is a related, more direct comparison: New Relic vs AppOptics
HomeDevOpsMonitoringPerformance Monitoring
UPDATED
Mar 27, 2020 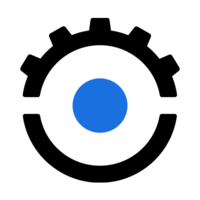 New Relic vs Runscope: What are the differences?

Developers describe New Relic as "SaaS Application Performance Management for Ruby, PHP, .Net, Java, Python, and Node.js Apps". New Relic is the all-in-one web application performance tool that lets you see performance from the end user experience, through servers, and down to the line of application code. On the other hand, Runscope is detailed as "API Performance Monitoring". Keep tabs on all aspects of your API's performance with uptime monitoring, integration testing, logging and real-time monitoring.

New Relic can be classified as a tool in the "Performance Monitoring" category, while Runscope is grouped under "API Tools".

Some of the features offered by New Relic are:

On the other hand, Runscope provides the following key features:

"Easy setup" is the primary reason why developers consider New Relic over the competitors, whereas "Great features" was stated as the key factor in picking Runscope.

According to the StackShare community, New Relic has a broader approval, being mentioned in 3142 company stacks & 578 developers stacks; compared to Runscope, which is listed in 38 company stacks and 7 developer stacks.

Keep tabs on all aspects of your API's performance with uptime monitoring, integration testing, logging and real-time monitoring.

Why do developers choose Runscope?

What are the cons of using Runscope?

What companies use Runscope?

What tools integrate with Runscope?

What are some alternatives to New Relic and Runscope?
AppDynamics
AppDynamics develops application performance management (APM) solutions that deliver problem resolution for highly distributed applications through transaction flow monitoring and deep diagnostics.
Datadog
Datadog is the leading service for cloud-scale monitoring. It is used by IT, operations, and development teams who build and operate applications that run on dynamic or hybrid cloud infrastructure. Start monitoring in minutes with Datadog!
Splunk
Splunk Inc. provides the leading platform for Operational Intelligence. Customers use Splunk to search, monitor, analyze and visualize machine data.
Airbrake
Airbrake collects errors for your applications in all major languages and frameworks. We alert you to new errors and give you critical context, trends and details needed to find and fix errors fast.
Prometheus
Prometheus is a systems and service monitoring system. It collects metrics from configured targets at given intervals, evaluates rule expressions, displays the results, and can trigger alerts if some condition is observed to be true.
See all alternatives
Decisions about New Relic and Runscope

Used Runscope for monitoring API uptime and data validation in context of the Harald beacon platform.